Higher-than-expected inflation, interest rates, and deficit spending characterized the beginning of this decade. It is understandable that people are wondering if this means we are shifting the timing of the 2030s depression. Some are questioning whether the recession we are forecasting for 2023–2024 might instead be the beginning of the depression for those same reasons.

The most damaging of the above three inputs (inflation, interest rates, and deficit spending) is deficit spending. Deficit spending is the most direct means of reaching an unsustainable level of national debt as a percent of GDP, forcing the government to pay higher and higher interest rates to replace existing debt until such time as spending must be cut or tax must be raised to the point that consumer disposable income and business free cash flow are squeezed too tightly. Regarding the others, the result could simply be that inflation will be higher, for longer than we previously thought. The same is true of interest rates. Both were seen as symptomatic of the 2030 issues. They become causal only when they ascend to a level that surpasses what US consumers and businesses can handle. Indeed, inflation attacks an economy from the inside out and plays a role in the spending and taxation aspect of the national debt mentioned above.

Beyond the three factors cited above, there are other factors that went into our long-term prognostication, such as demographics, confidence in the full faith and credit of the US, and health care costs, to name the major inputs. All these factors are out there, waiting to become increasingly problematic to the finances of the US. The timeline of those inputs has not been appreciably altered by the pandemic. Beyond the empirical and providing the framework from which to understand the implications of the empirical input is ITR Economics’ economic theory, driven by analysis pertaining to economic cycles that are much longer than a normal business cycle.

We are maintaining vigilance over all these factors. They provide the basis for our July 2023 Executive Keynote presentation. 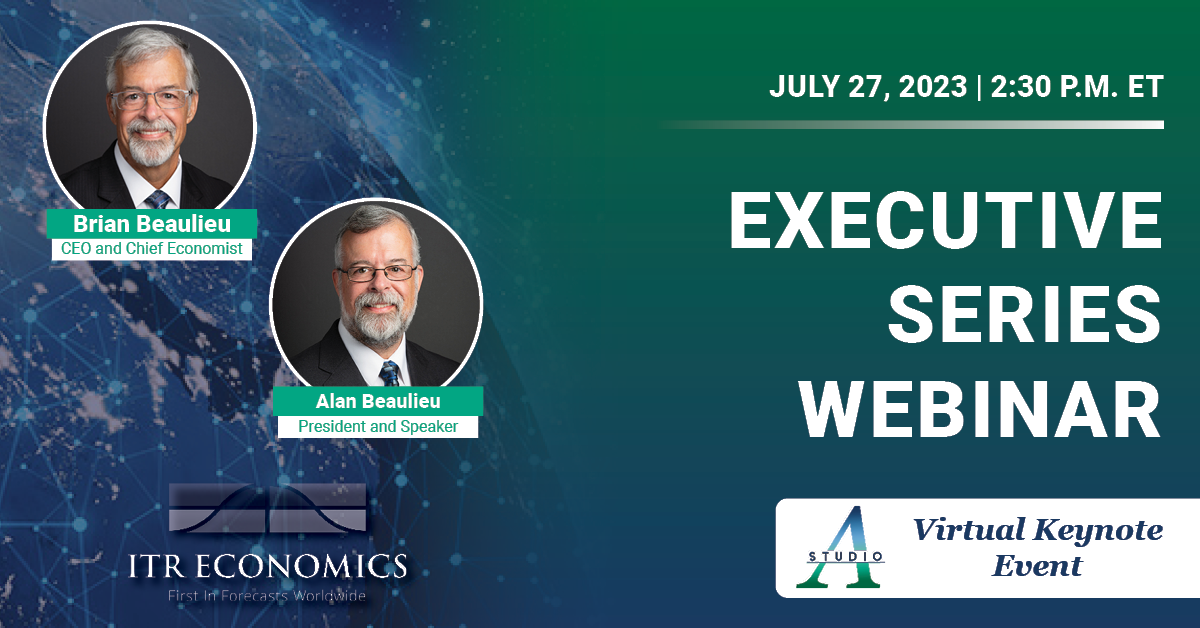