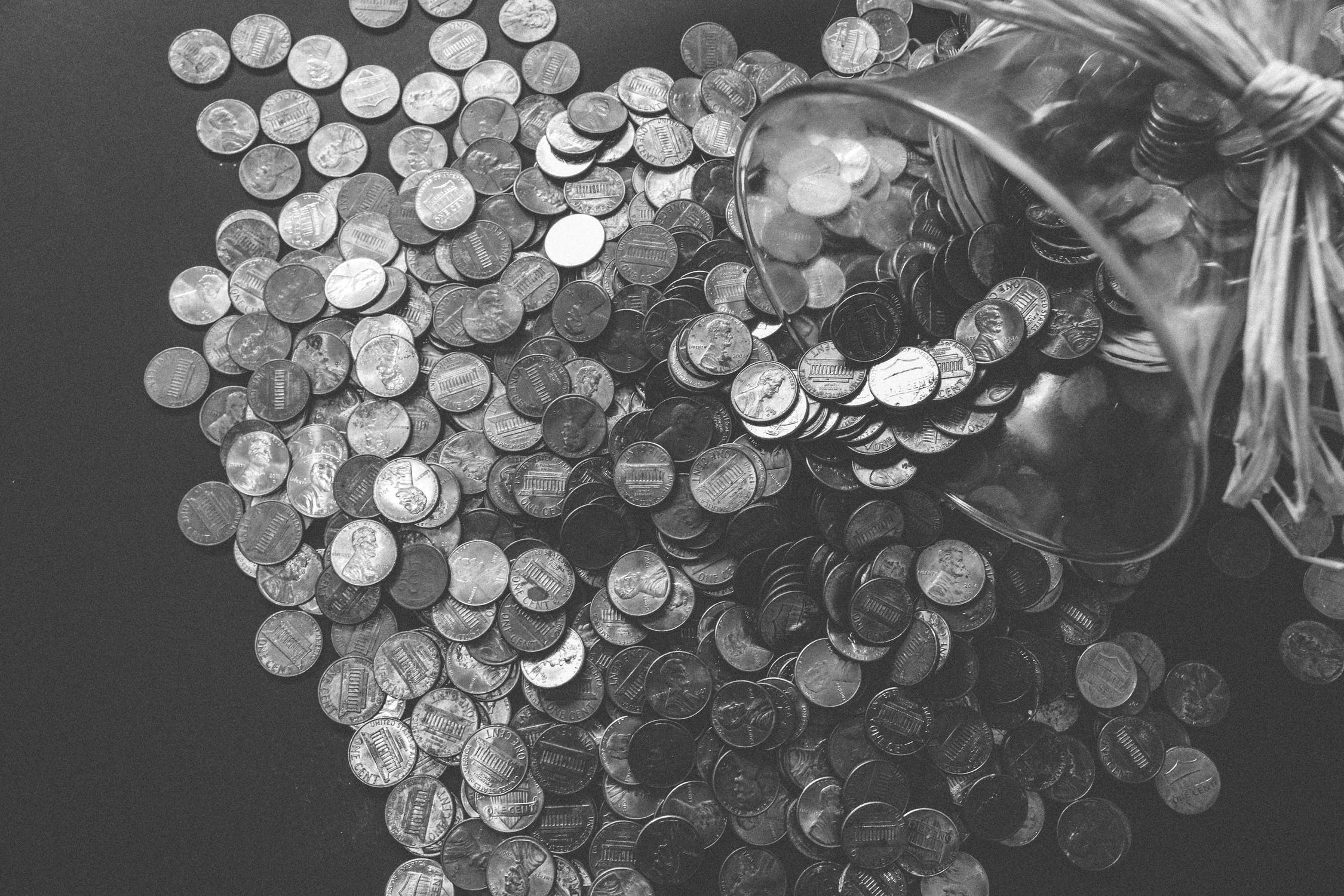 At the July 2019 webinar, The Coming Great Depression, Alan and I are going to look at the trends, circumstances, and probabilities as they pertain to the Roaring 20s and Depressing 30s, and we will offer some thoughts regarding how to prosper and how to prepare.

The Roaring 20s: That is the moniker given to the 1920s. As Alan correctly points out in his blog, we may have our own version of the Roaring 20s in the decade ahead in terms of social changes and angst. There will also be business cycles, frequent enough and dynamic enough that you won't escape noticing them. The chart below shows the US economy in the 1920s and 1930s. 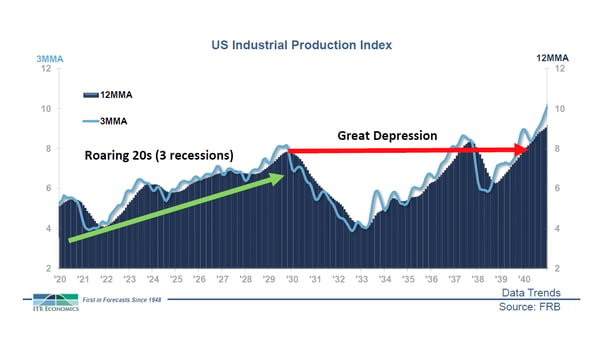 Notice that the GAGR in the '20s is significantly better than what we can expect in the '30s. Prosperous times are ahead for those that act, and the need to play defense is also ahead for the '30s. Companies should be working to lay the foundation for the prosperity via new approaches to the market, new services, and new technology. The 1920s and 1930s provide a model of our future, but only a model. The timeline and amplitudes will be different, but the circumstances will be largely the same because people (the ultimate driving force in economics) have not changed.

While societal change and social angst will likely come in many guises, the potentials that worry us the most as economists and patriots are economic. We think the trend identified by Thomas Jefferson centuries ago will garner momentum in the 2020s. Jefferson said that every republic will generate into a democracy, and every democracy will degenerate into socialism. The key to this trend, he said, is when the citizens realize they have the proverbial keys to the Treasury. There can be no doubt that this trend has been evident throughout our republic’s history. The current form of “conservatism” is part of the normal ebb and flow of social and political attitudes, and it will most assuredly be followed by a movement that will draw us closer to socialism. History is a tough trend to beat.

Socialism and capitalism can coexist; however, the current and future socialist fervor in the US seems likely to have a more fervent streak that is anti-capitalism. We are too polite to call it communism, nor will anybody use that term since communism is supposed to be defeated. However, our concern is that profits and wealth will increasingly become the target of redistribution and retribution. As goes the profit motivation associated with capitalism, so goes the longer-term trend in the standard of living.

"It is time we ask ourselves if we still know the freedoms intended for us by the Founding Fathers." ~ Ronald Reagan