By ITR Economics Representative on September, 10 2020

The US government allocated trillions of dollars in stimulus spending to prop up the economy and mitigate the impact of this black swan-driven recession. Ongoing negotiations on Capitol Hill could result in further stimulative actions, funded by additional deficit spending on the part of the federal government. We’ve received many questions about this topic, specifically regarding whether this is a near-term downside risk to the US economy. The short answer is no; we don’t think so.

The longer answer can be broken down into three separate parts and is facilitated by three accompanying charts: 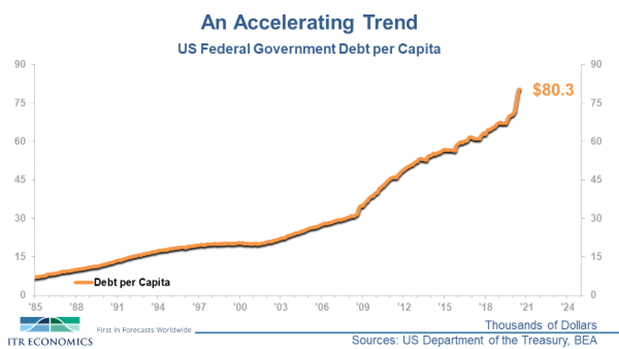 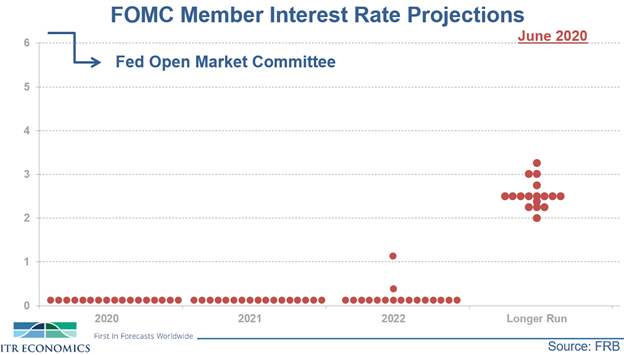 These developments support our assertion that the run-up in long-term government debt is not likely to become a problem for the economy in the near term. It is likely that the negative ramifications will be more significant as we get closer to the Great Depression we are forecasting to begin around 2030. In the meantime, ITR Economics is advising our clients to take advantage of the low-interest-rate environment and position their companies to capitalize on the rising business cycle trend we expect to emerge in 2021.

If you’d like to discuss how this pertains to the most important part of the economy – your business – please reach out to us. We’d love to discuss it with you!