The ‘Silver Tsunami’ and Its Effects on the M&A Landscape

Don't miss our upcoming complimentary webinar on October 28, 2022, The ‘Silver Tsunami’ and Its Effects on the M&A Landscape, presented in partnership with ButcherJoseph & Co.

Of the approximately 77 million baby boomers in the US, an estimated 12 million have ownership in privately held businesses. Roughly 10,000 baby boomers reach retirement age every day, meaning all members of this generation will reach age 65 by the 2030s. As the baby boomer retirement era continues and ownership stakes are passed to the next generation of leadership, an estimated $10 trillion worth of business assets are expected to be transferred. Ultimately, the ~$100 trillion net worth of individuals over age 55 (as of Q4 2021) will be passed on to successors and inheritors. The key result: reduced motivation to join the work force for inheriting generations.

With the record numbers of baby boomers seeking to sell their businesses, many are facing a common problem: their would-be heirs would rather have the proceeds of a sale than take over the family business. This complication has forced many boomers to retain ownership and delay retirement. The consequences have caused an accumulation of businesses for sale. As a result, a meaningful amount of wealth stands to change hands in coming decades as retirement-aged business owners leave the workforce.

During this webinar, Keith Butcher, Managing Partner at ButcherJoseph & Co., and Brian Beaulieu, CEO of ITR Economics, will take a deep dive into the facts surrounding the metaphor known as the “Silver Tsunami” and how it will impact succession planning for business owners and the M&A landscape over the next decade. 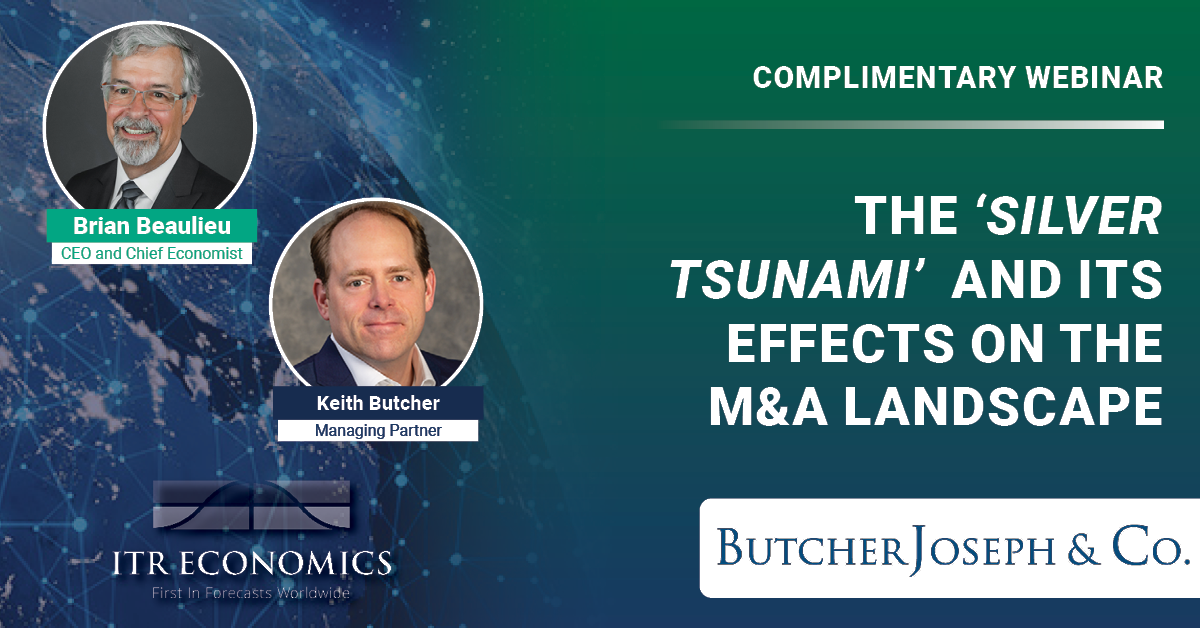