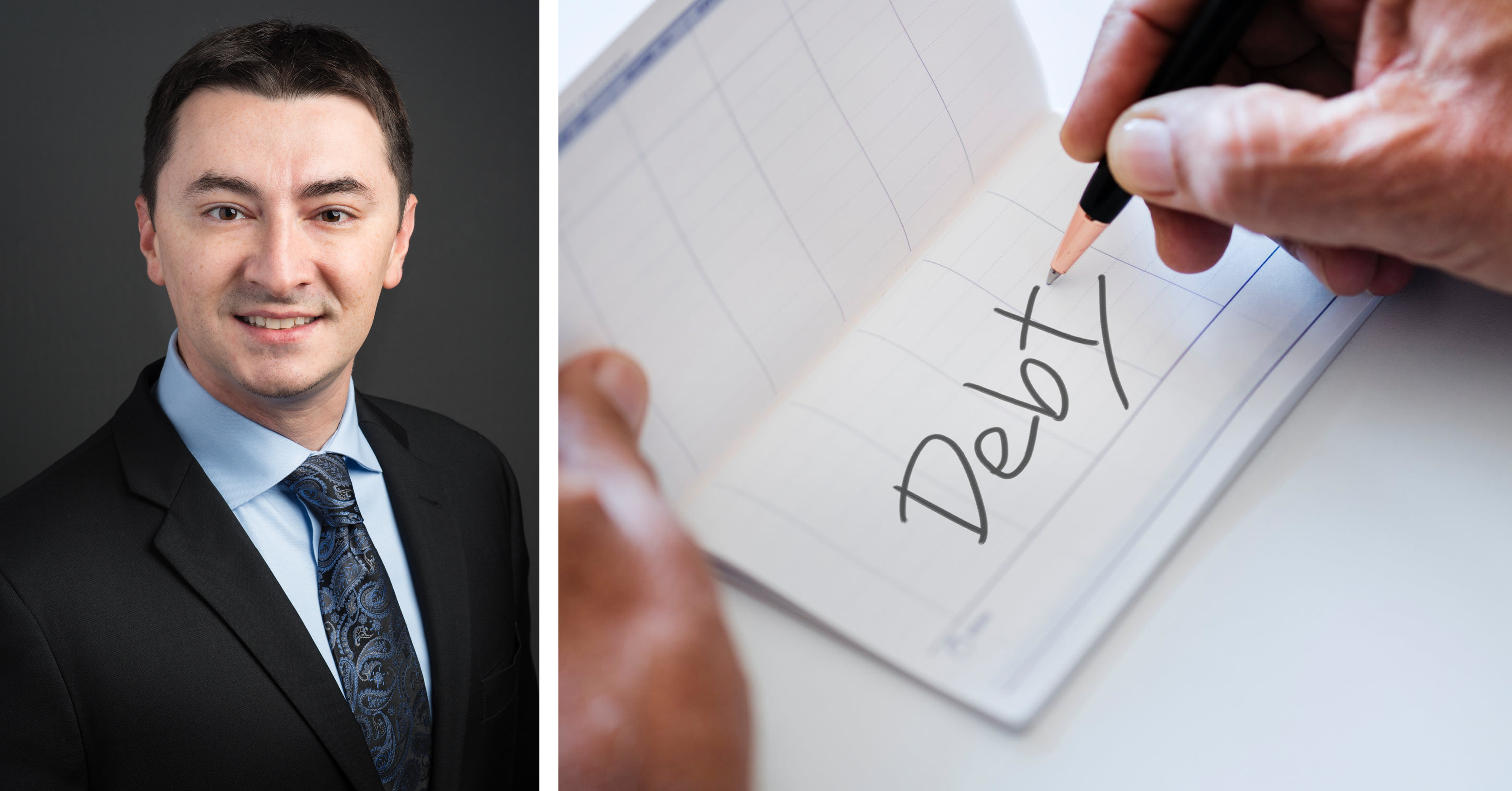 A recent article from a prominent financial news source opened with the statement that “Consumer debt is growing to worrisome levels.”

For evidence, the author highlighted the fact that total US household debt hit $13.668 trillion in the first quarter of 2019, nearly a trillion dollars above the $12.675 trillion in leverage accumulated via credit cards, auto loans, mortgages, and other debt back in the third quarter of 2008, the previous peak for overall consumer liabilities.

At ITR Economics, our analysis suggests that these are not particularly worrisome levels, at least not yet.

Echoing the prevailing wisdom, the aforementioned article specifically focused on the increase in student loans — a growing concern for many economists — as a major red flag regarding consumers and their spending behavior moving forward. The author does make a compelling point.

In the first three months of 2019, student loan debt stood at $1.486 trillion according to data from the Federal Reserve Board of New York. This reflects a significant increase on the $639 billion in student loan debt that existed at the height of the financial crisis (2008) and represents growth of more than 230% over the past decade. The percentage of overall debt comprised by student loans has also increased noticeably, as is evident in the chart below. 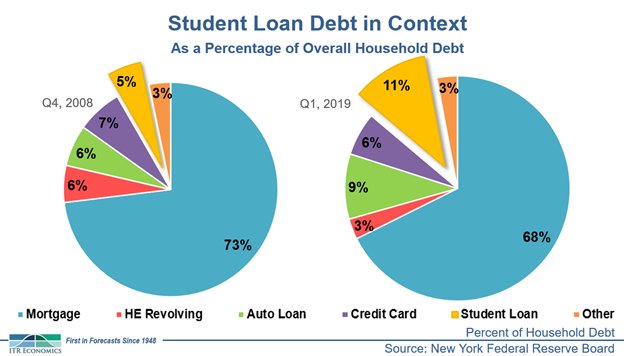 However, to properly assess consumer health, we need to consider not just the overall amount of debt but also the delinquency rates on that debt. When ITR economists examined real estate, auto, and student loan debt — all frequently described as potential “bubbles” that could cause the next crisis — we found that the delinquency rates for two of these offer a relatively positive message. Auto loans are the outlier.

The chart below shows that the delinquency rate for real estate residential loans, at just 1.0%, is at its lowest level since before the Great Recession. This casts doubt on the belief that another housing bubble is forming in the US.

The delinquency rate for student loans, often highlighted as most damaging to US economic growth, is relatively high at 10.9%. However, the rate's relative stability over the past seven years indicates that Americans who financed their educations are steadfast at dealing with the significant burden of their student loans. 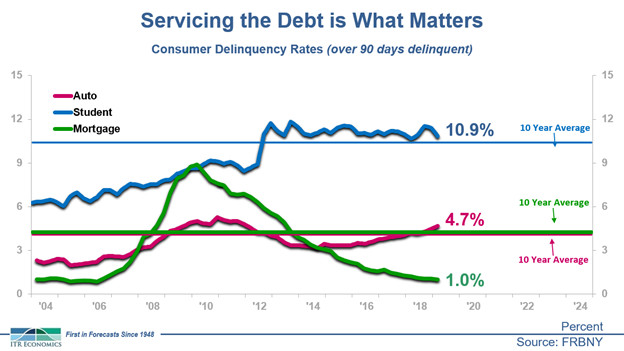 If there is a cause for concern in this chart, it is the fact that the delinquency rate for auto loans, currently at 4.7%, is now above its 10-year historic average. This rising delinquency rate could imply that consumers are becoming stretched too thin by their auto debt, which could negatively impact spending activity and contribute to ITR’s expectation for further deceleration in the US economy during the second half of this year and the first half of 2020.

Rising interest rates are a factor to watch for in the next couple years. Higher rates will likely increase delinquency rates on variable rate debt, which could in turn negatively impact the growth rate for consumer spending. We do not expect this to be a problem in the next year, but it could develop into a contributing factor relative to our 2022 outlook. Please keep an eye on this blog for future updates as this situation unfolds. Alternatively, you can contact us to discuss the implications for your business.